An article by Anke Sommer

What goes around comes around

Have you heard this traditional saying? It’s a good one, and useful, as if you understand it then it means that you’re aware of your own involvement in the good or bad luck you experience in your life. The good thing about this resonance principle is that it means that the state of your life lies to a large extent in your own hands.

The energy you give off, your thoughts as well as your inner state influence the way your environment responds to you, and in no small degree either. Being aware of this makes it easier for you to influence things.

If you’re conscious of the fact that today, for example, you happen to be living as if anxiety were your middle name and that you’re full of dread and fear, then you’ll understand why your partner is acting irritably towards you, because he or she may be reacting testily to your anxious state.

Or maybe you’re not being taken seriously in team meetings, as your voice is radiating reserve rather than the clarity required to take the necessary decisions.

In other words, you have a hand in things not going so well. If you’re angry about feeling frustrated then it won’t take long for your environment to respond. You’ll receive feedback on your emotion, even if you’re unaware that this is what’s happening.

You determine your life once you realise you can

If you’re someone who can’t bear having the proverbial mirror being held up in front of you, for example, then self-determination won’t come easy.

Self-determination requires the reactions of others towards you, as people are largely blind to themselves. So if your environment is reflecting that you’re angry and short-tempered but you fail to pick up on this information, you’ll witness people pulling away from you.

People find you aggressive and see you as a powder keg that needs to be kept at bay in case it explodes. If you deflect this feedback then you’ll feel rejected and become irritable. Trustful interactions with others cannot and will not occur until you become aware of your anger.

And to become aware of it you need feedback from your environment, as being unaware of your behaviour, i.e. your anger, means that you’re unable to see it.

On the contrary, you’ll think that you have to put your foot down for things to work, as the initial reaction from your environment is to retreat. Your environment is sensing and doing what you seemingly think is right. And now you’ve landed directly in the trap. You’re in a cage.

The resonance principle – recognising the cage inside you

Maybe you’re familiar with the pain you feel if a person you’re close to, on account of their unawareness and defensiveness, doesn’t see the mirror being held up to them by those they hold dear.

It hurts to see a friend, say, continue to reject the feedback that would release them from their cage. If you tell your friend that they’re isolating themselves and doing themselves no good and they don’t listen then you’ll see things deteriorate with your friend.

Instead of emerging from the cage they go further into it and don’t seem to notice what’s happening, even there are frequent signs of it in their environment. They don’t see the deterioration but the outside world does.

It’s unawareness that triggers this sequence of events. So if the saying ‘what goes around comes around’ relates to you, wake up to it, then things will ‘come around’ differently. Picking up on it is really easy. You simply accept the feedback.

Be grateful to those people you hold dear, who treasure you enough to make the effort to show you what isn’t doing you any good. If you can master the process of registering feedback from the outside world then what you emit into it will immediately change. You will then be more approachable and benign towards the world. Your environment will move closer to you. And you can be happy about it.

Back to the overview

Coaching burn-out – by someone who went looking!

Change the unchangeable – and finally live out your dream 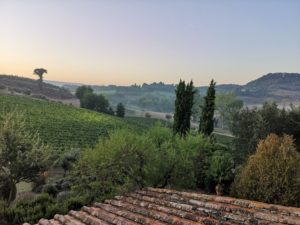 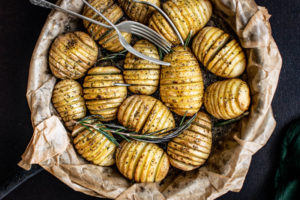 What does the stomach stand for? Part 3 out of the organ article series. 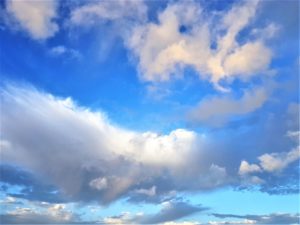 What does your lung stand for? Part 2 of the organ article series.

NOTE: These settings will only apply to the browser and device you are currently using.

To measure conversions, our website uses Facebook Pixel from Facebook Inc., 1601 S. California Ave, Palo Alto, CA 94304, USA (“Facebook”).
This can be used to track the behaviour of website visitors after they have clicked a Facebook advert and been redirected to the supplier’s website. The effectiveness of Facebook adverts can thus be assessed for statistical and market research purposes, and the quality of future advertising campaigns can be improved.
The data collected is anonymous to us as the operator of this website and we are unable to draw any conclusions regarding the identity of users. However, the data is saved and processed by Facebook so that a connection to the respective user profile is possible and Facebook can use the data for its own advertising purposes in accordance with the Facebook Data Use Policy, which means that Facebook can enable the delivery of adverts both on and off Facebook pages. As the operator of our website, we are unable to influence this use of data.
Additional information about protecting your privacy is available in the Facebook Privacy Policy: https://www.facebook.com/about/privacy/.
You can also disable the ‘Custom Audiences’ marketing function in the ad settings section at https://www.facebook.com/ads/preferences/?entry_product=ad_settings_screen. You need to be logged into Facebook to do this.
If you do not have a Facebook account, you can disable use-based Facebook advertising on the European Interactive Digital Advertising Alliance website: http://www.youronlinechoices.com/de/praferenzmanagement/.